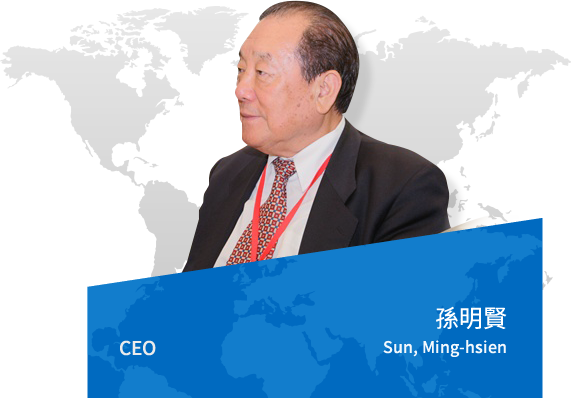 Dr. Paul Ming Hsien Sun received his master's degree in plant pathology at the College of Food, Agricultural, and Natural Resource Sciences at the University of Minnesota in 1966. Dr. Sun came to Minnesota as a USAID scholar.

Dr. Sun has been one of Taiwan's most significant agricultural leaders over the past few decades. In 1992, Dr. Sun was appointed chairman of the Taiwan Council of Agriculture and in 1996 became national policy adviser to the president of Taiwan. Now retired, Dr. Sun is chairman of the Board of Directors of the Asian Vegetable Research and Development Center (AVRDC), ambassador at large for the Department of Agriculture, and chairman of Harvest Farm Magazine.

During his tenure as chairman of the Council of Agriculture, Dr. Sun led the effort to define a vision for agricultural development in Taiwan and completed 22 of the 26 bilateral agreements necessary for WTO membership. He also passed a new law to launch a lifetime "old farmer allowance" program for all farmers over 65 years old.

In the late 1980s, first as deputy director general and then as acting director general of AVRDC, Dr. Sun led the way in recognizing the potential of biotechnology for crop improvement. AVRDC also expanded its mandate far beyond East Asia and established successful research centers in both South Asia and sub-Saharan Africa.

Early in his career, Dr. Sun made significant practical disease resistance breeding discoveries and later was responsible for the transformation of cropping systems that increased the production of higher-value horticultural crops. As agricultural

commissioner of the Taiwan Provincial Government from 1988 to 1992, he established the Soil and Water Conservation Bureau and the Indigenous Species Research and Conservation Center for strengthening the protection of ecological environments and conservation of natural resources in Taiwan. In addition, he recommended and implemented a government health insurance system for Taiwanese farmers.

In addition to his many achievements in Taiwan, Dr. Sun has also been very active in promoting international agricultural cooperation with developed countries including the United States, as well as developing countries in Southeast Asia, including Vietnam, Thailand, and Indonesia.

In naming Dr. Sun a recipient of the Distinguished Leadership Award for Internationals, the selection committee cited his visionary leadership in "a long and distinguished career in research, administration, non-profit governance, national government, and international diplomacy."